Skip to content
You Can Buy a 1-of-2, Front-Engined, V-12 Ferrari Racer 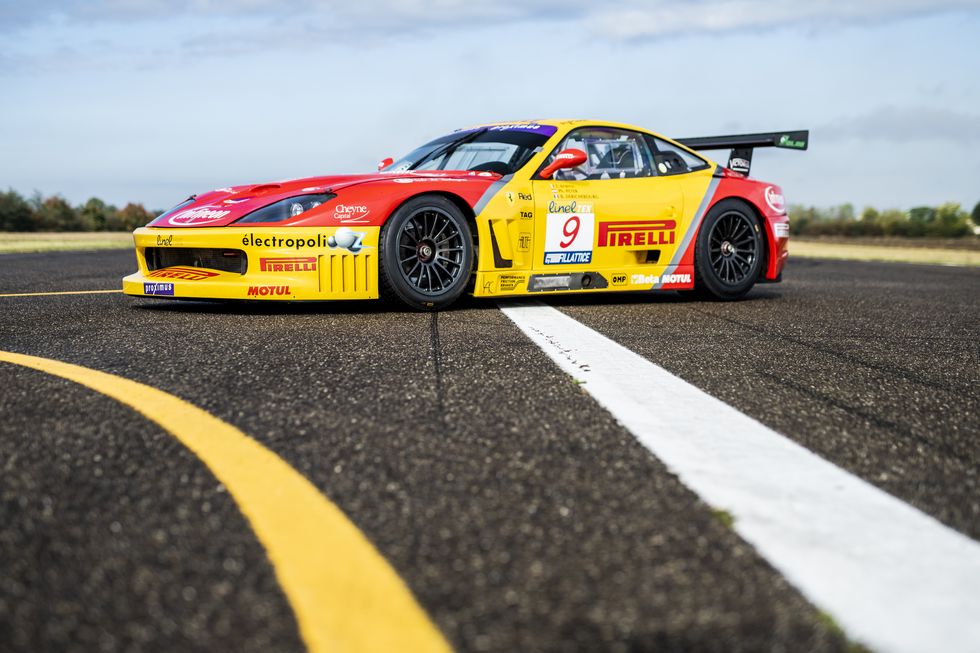 The Ferrari 550 was not designed to race. The front-engined super grand tourer was supposed to be a return to a glorious past, an era where the greatest Ferraris put driving enjoyment over performance, while the track duties were left to mid-engined cars like the 360. The legendary racing car builders at Prodrive disagreed. They built their own racer, the 550 GTS, off the platform without any support from Ferrari. When the car won its class at Le Mans and championships in Europe, Ferrari decided to reconsider their decision.

The result was the 550 GTC, an attempt by Ferrari to show that they could outdo privateers at their own game and unlock the full potential of their most exciting regular production car of the era. Ferrari produced two cars alongside a company called N-Technology, which they then gave to JMB Racing for the 2003 FIA GT season.

An early lead at the 24 Hours of Spa was the season’s lone highlight, one that came to a swift end when the car suffered an engine issue. Ferrari would park the 550 GTC from 2004 on in favor of its successor, the 575 GTC, but neither car would ever reach the heights of the Le Mans class-winning 550 GTS that was developed by Prodrive.