Skip to content
Where Did You Become a Race Fan? 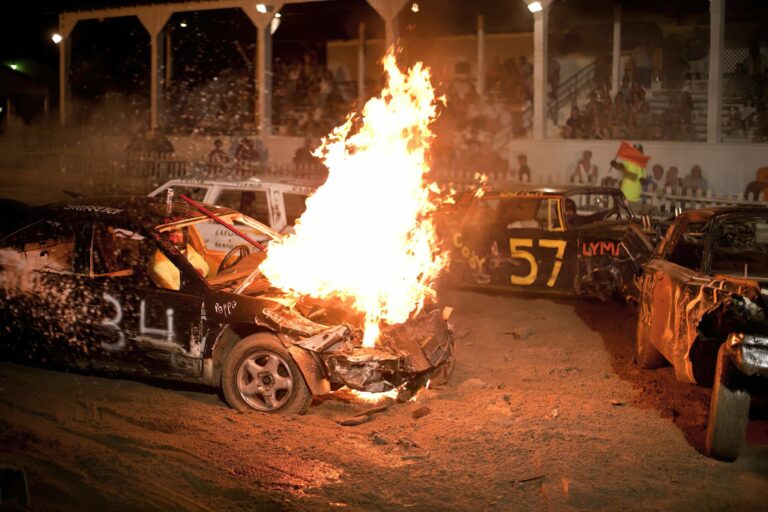 Where Did You Become a Race Fan?

For me, it was a summer night at the base of Chesley Mountain in rural New Hampshire in the mid-Eighties. Standing atop a stack of hay bales, swatting mosquitoes and drinking Pepsi from a can, I was mesmerized watching local yokels racing stripped-down LTDs, Impalas, Novas, and Bonnevilles, bashing into one another around a muddy, dusty dirt oval under lights that had been roped into the tall firs lining the track. The smoke from burning oil in my nose, the carbon filth in the air— you know the sensation. These guys—they might as well have been superheroes—were racing street cars that my parents drove. And the V-8s were so loud, I thought my heart would burst.

Who were these lunatics who painted numbers on cars and raced to the death under the pines? There were no concessions besides cans of dollar beer in tubs. The drivers made no money; there was little acclaim. The town we were in didn’t have a police force, but there was always the slim chance of arrest. No ambulances, no governing body, no lifting off the throttle.

Ever since those Saturday nights at Chesley Mountain, I’ve been searching for the answer to why those drivers risked so much for so little in return. The search took me from rural New Hampshire to the rest of the world. This is how most of us find our way into racing. Some start by watching Formula 1 (back in my time, the races were chopped into recaps on ABC’s Wide World of Sports), or IndyCar, or NASCAR. Some of us found ourselves driving Soap Box Derby cars, or quarter-midgets, or go-karts, or even the glorious Spec Miata. Some made it further, into Formula Fords.

But mostly we were watching others dump all their savings into a hobby that could kill them in a split second. For this issue of Road & Track, we turn away from the big racing series, the high-priced sponsorships, the teams of engineers and data crunchers and tech wizards that build and promote F1, IndyCar, NASCAR. They get enough ink. For Volume 7, we traveled to all corners of the globe to see how people like us take up the sport. For the full story, check out this article from Road & Track.