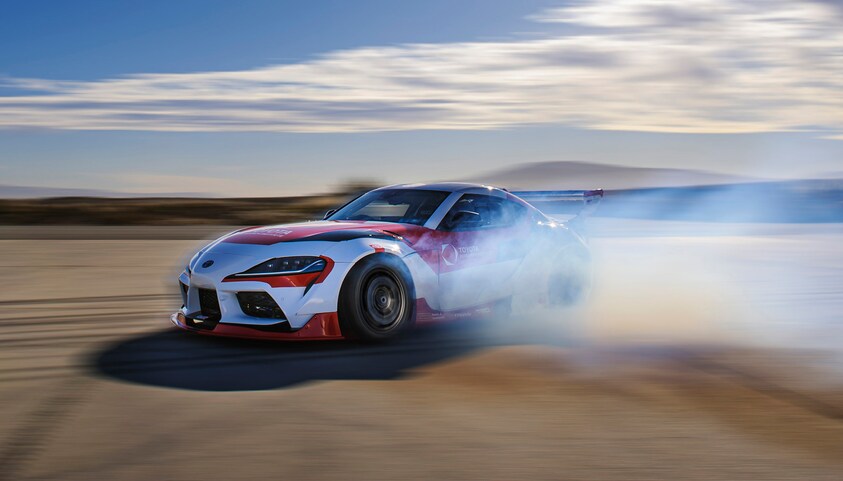 Whether or not you’re a fan of the modern-day motorsport phenomenon known as drifting, the remarkable skills and driver ability simply cannot be denied. Interestingly, researchers have a hunch that the skills of these talented pilots, who run high-powered cars in tandem and separated by mere inches at high speeds, might translate to real-world commuter car safety. The Toyota Research Institute, alongside Stanford’s Dynamic Design Lab, are putting that notion to the test with the hopes of bringing their findings to the masses.

The focus of the collaboration is to harness the incredible skill and lightning-fast reflexes of a professional drifter and inject them into the burgeoning technology of vehicle automation. No, this isn’t like Toyota’s creepy basketball robot, this exercise is all about increasing safety for road-going vehicles, and builds on Stanford’s 2020 paper titled “Opening New Dimensions: Vehicle Motion Planning and Control using Brakes while Drifting.”

Take into consideration the instincts that drift competitors develop over years of high-stress situations that constantly change, sometimes within a split second, and realize that knowledge could be invaluable on the road to avoid accidents. Precise, calculated movements and years of engaging in drift battles aren’t a reality for the average Joe, and that’s where the team’s active safety technology could give cars of the future a huge advantage in dire situations.