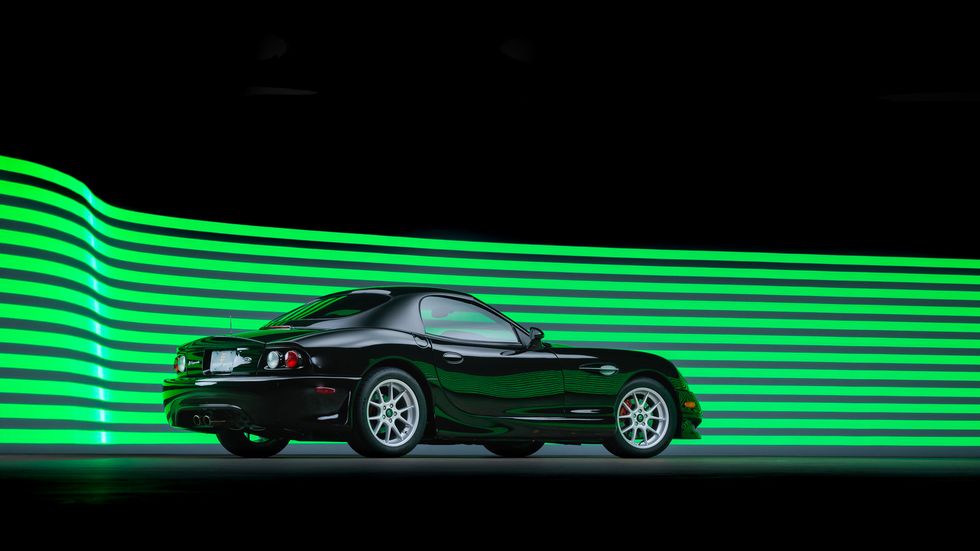 American sports car racing, and American interest in the 24 Hours of Le Mans may not have survived without Don Panoz. After making his fortune developing the nicotine patch and growing it investing in real estate, Panoz and his son created a car company to build road cars that could be raced at the endurance classic. By 1999, that business had grown to include an entire series, the American Le Mans Series, based on the rule set used in the race.

The peak of the car company’s racing success came at Le Mans in 2006, where a Panoz Esperante GTLM won the GT2 class by a lap. That car was based on the company’s most popular road car, the Esperante, and homologated by a limited production variant called the Esperante GTLM. Seven total cars were produced in that line over three years. This is one.

This example, nicknamed “Joy,” has 8400 original miles. It is one of two GTLM examples built in 2005, meaning it has a 4.6-liter Ford SVT-sourced V-8 with a supercharger. In this form, the Esperante produced around 400 horsepower.

For the full story, check out this article from Rpad & Track.