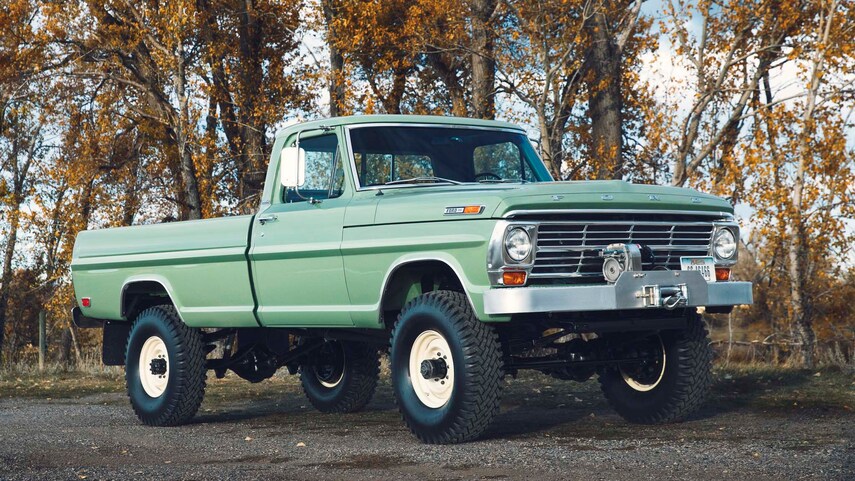 Vintage F-Series Ford trucks have never been the first choice for a restomod. The Chevy C10 has a larger catalog for engine, body, and suspension parts, and the small-block Chevy is cheaper and more common than Ford’s early V-8 engines.

Times are changing as builders and manufacturers discover 1967-72 fifth-generation Ford F-100 and F-250 trucks. Like the Chevy, these trucks were equipped with nice things like A/C, trim and interior packages, and the speed-friendly 390 FE and 302 V-8 engines added later in the production run. Trucks were becoming more car-like, and because they were rear-wheel-drive and V-8 powered, they were also becoming musclecar-like.

Jim Nygard knew this in 1976 when he was driving by a field in northern Minnesota and spotted a Rangoon Red 1968 F-250 4×4 parked outside. It was in decent shape, with a seized 360 from a drain plug incident, and only 37,000 miles on the odometer. Jim towed it down the interstate with a rope to his dad’s shop where he wasted no time taking it apart.