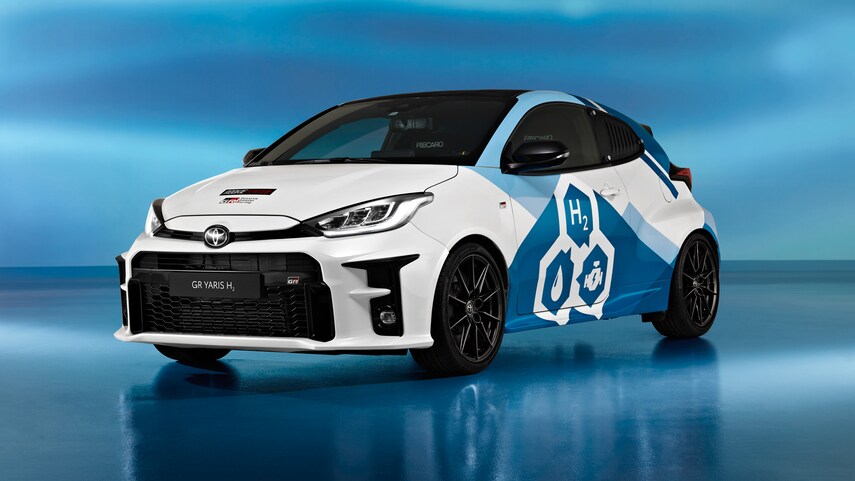 Even though hydrogen is often called the “fuel of the future,” fuel cell electric vehicles (FCEVs) are limited to the Toyota Mirai and Hyundai Nexo after Honda discontinued the Clarity. Upholding its conviction in the alternative fuel, Toyota has leveraged its fuel cell technology know-how to develop an engine that runs on hydrogen directly, which it is currently testing on the racetrack.

The hydrogen-fueled powertrain debuted in the Corolla Sport race car that first entered the Super Taikyu series earlier in May, competing under the Rookie Racing arm of Toyota Gazoo Racing. Toyota didn’t build a new engine for the purpose. Instead, it modified the GR Yaris’s turbocharged 1.6-liter three-cylinder with fuel supply and injection systems that support hydrogen. Now the automaker is working on another case study using the same hydrogen combustion engine, testing it in the not-sold-in-America GR Yaris.