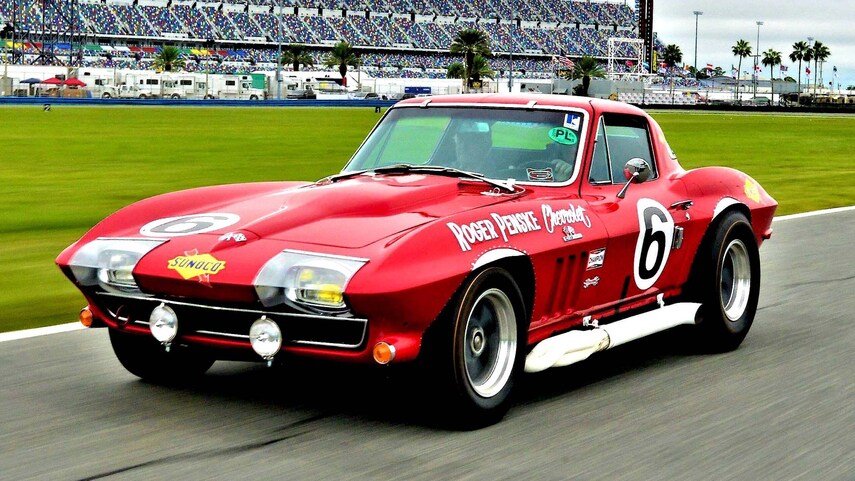 The Sunoco Rocket Tribute Is the Coolest L88 Corvette Ever

Fabulous Restorations located in Ft. Lauderdale, Florida, has built a solid reputation for completing stunning restorations. George Haddad and Fabulous recently completed a 1966 Penske L88 prototype tribute Corvette. It pays homage to Roger Penske’s first race as a team owner at the 1966 24 Hours of Daytona. Prior to his career transition to businessman, Penske was an accomplished racing driver from 1958 to 1964. During that time he raced Corvette Grand Sports, winning the 1963 feature race at Nassau driving Grand Sport No. 004. Two years later he secured a breathtaking Nassau victory driving Grand Sport No. 005, defeating a 390 cu-in Shelby Cobra driven by the late Ken Miles. It was after this victory that he retired from racing.

After his retirement, he purchased George McKean Chevrolet near Philadelphia, Pennsylvania and renamed it Roger Penske Chevrolet. This was the beginning of his successful business career. A short time later, Corvette Chief Engineer Zora Arkus-Duntov asked Penske to form a race team and enter a 1966 Corvette into the Daytona 24-Hour race to test the L88 Chevy big-block prototype engine that was slated to become a production option for the 1967 Corvette. Penske quickly formed a race team, signed Sunoco Oil Company as their team sponsor, and hired George Wintersteen, Dick Guldstrand, and Ben Moore to drive the car.

Arkus-Duntov assigned Gib Hufstader, a design release engineer for chassis and racing brake packages, to watch over the 1966 Corvette at Daytona, and arranged for Penske to purchase it through his dealership. Arkus-Duntov used a factory service kit to avoid the corporate racing ban and installed the new aluminum-headed L88 427 cu-in engine and a unique airbox hood that draws air from the base of the windshield. Penske arranged for his driver Dick Guldstrand to pick up the Corvette at the St. Louis plant on January 14, 1966. The car was delivered to Wintersteen’s shop in Newtown Square, Pennsylvania, where the team began its race preparation. This was completed by Bill “Murph” Mayberry, Bill Scott, George Wintersteen, and Dick Guldstrand. In addition to racing buckets and other safety equipment, the team added fender flares similar to the Grand Sport to mount larger tires for improved traction. When work was completed, the car was shipped to Daytona.