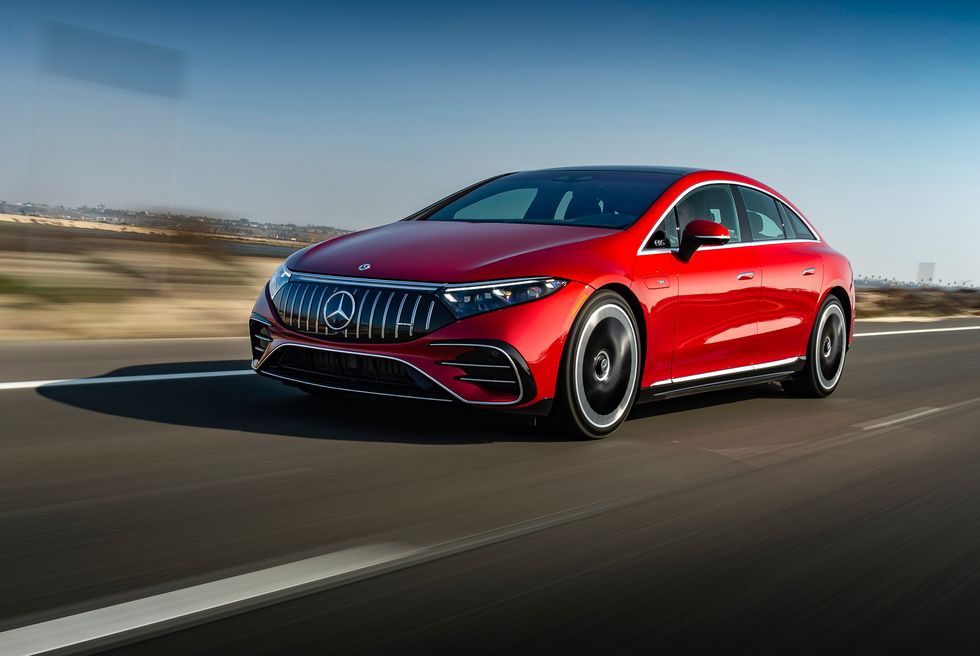 There’s a reason one of AMG’s most famous cars was nicknamed “Hammer.” The performance arm of Mercedes has a reputation of coming down clenched in a fist, pulverizing competition with the loudest, biggest engines and steely precision. So, when it came time to tackle its first electric performance sedan, a tuned version of the dual-motor, all-wheel-drive Mercedes-Benz EQS580, AMG was faced with a dilemma. Is it enough to just turn up the power, or does an AMG EV need to offer a little more growl with its glide? Would you settle for more whoosh-whirr?

In appearance, the AMG EQS is only subtly different from the EQS580. Its rainbow-arch profile and short-nosed proportions don’t lend themselves to the usual wide-haunched and snarling shape of an AMG machine. Closer inspection brings hints at aggression with bars of vertical chrome instead of the starry-sky grille up front and a flick of ducktail spoiler at the trailing edge of the sloped rear deck. Other details, such as gloss-black accents, a chrome-trimmed front splitter, side air intakes (which redirect air ahead of the front wheels for better aerodynamic efficiency), and diffuser-style rear end will likely be spotted only by hardcore EQS watchers. The AMG badging is the biggest tip-off that they aren’t just facing a mere 516 horses, but a stampede of up to 751. During typical driving the motors put out 649 horses. Activating launch control uncorks the remaining 102, which should result in a 60-mph time of 3.4 seconds, according to AMG.