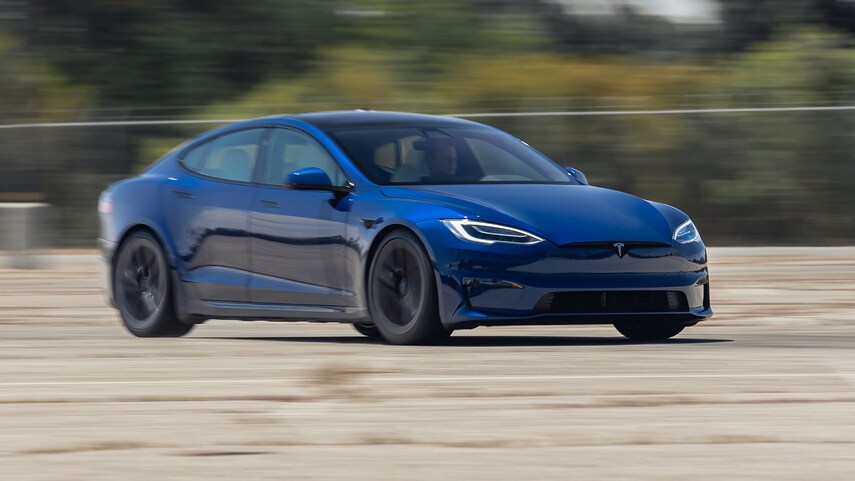 Tesla has never had any trouble garnering attention during its assault on the automotive world’s status quo, and with all of the praise and disdain from both sides of the fence, one thing most will agree on is that the Model S Plaid is an EV monster. Armed with over 1,000 hp wrung from its trio of electric motors, it possesses the sort of power and acceleration to change the minds of even the most die-hard anti-EV protagonists.

You’ve probably seen the Plaid’s ability in a straight line and you know that it set an EV record on the Nürburgring last year. It’s an electric speed demon, through and through—but one thing that always felt a bit “off” about the model was its lack of an actual track-focused drive mode setting. As of Thursday, that finally changed for North American Model S Plaid drivers who received an over-the-air software update packed with track-oriented nuggets to take advantage of.

Tesla says that its Lateral Torque Vectoring system, the same one used in the Model 3 Track Mode, offers on command vehicle rotation on track by pushing extra torque to the rear tires to help scoot the front end to where you’d like it, while split-second switching to engage the front drive motor helps the car’s acceleration in a straight line.