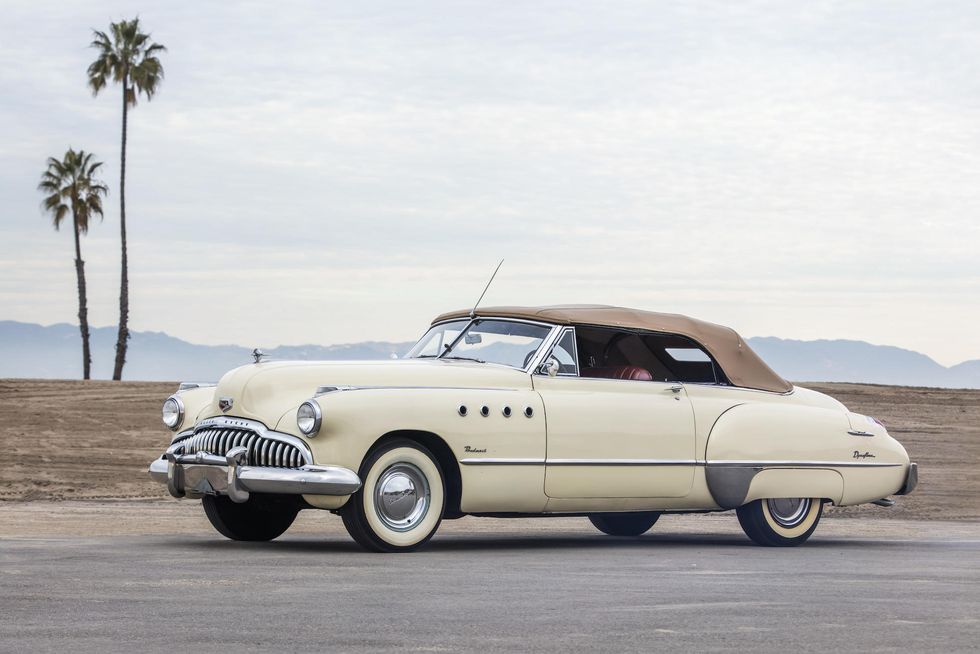 If the Academy Awards ever handed out a prize for Best Supporting Car, the 1949 Buick Roadmaster convertible seen in the 1988 movie Rain Man should at least be a contender. Hagerty said as much in a profile of this famous car a few years ago, noting that it was a sort of third character in the film. The movie also raised awareness for autism at a time when that wasn’t a common topic of discussion. Whether or not you’re interested in the car for its movie connection, you’ll have a chance to buy it when the Bonhams auction firm’s Scottsdale auction starts taking bids later this month.

But it’s the “I’m an excellent driver” Roadmaster that attracted our attention. Bonhams expects the Buick to fetch between $150,000 and $250,000 when the bids are all said and done. Not bad for a vehicle that sold for $3150 when it was new (around $34,045 in today’s money), especially considering that similar Roadmasters, ones that were not once the conveyance of actors Dustin Hoffman and Tom Cruise, usually go for around $80,000.