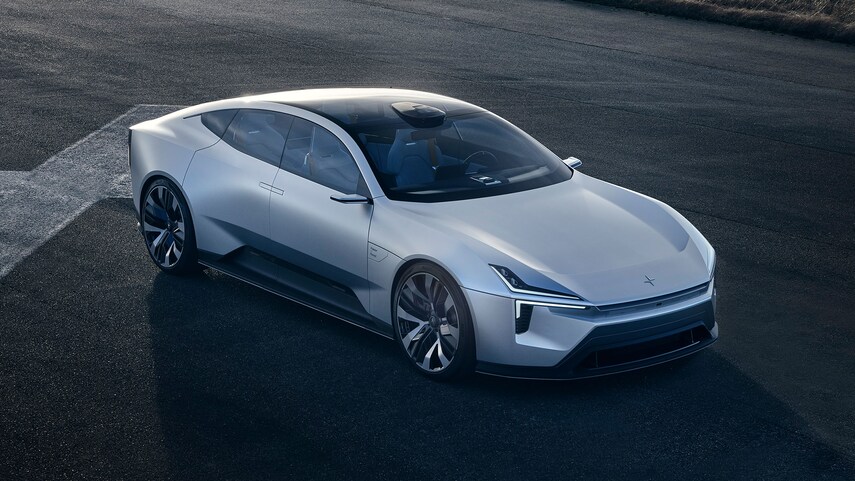 The Polestar 5 electric flagship will retain more aspects of the Precept concept car than expected when it hits the market in 2024. After two sedans—Polestar 1 and Polestar 2, then two SUVs to come with the Polestar 3 and 4—the Polestar 5 is the cherry on top of the growing lineup, says Greg Hembrough, head of Polestar U.S. “It complements the portfolio because it is so striking,” he says of the low-volume fastback sedan.

Polestar first showed the Precept concept in February 2020—virtually because it was to debut at the 2020 Geneva auto show, which was cancelled due to the pandemic. The Precept was a design exercise that unexpectedly got the green light for production. The concept was created to telegraph Polestar’s future design direction as the brand looked to strongly differentiate itself from parent Volvo and better compete with Porsche and Tesla. But the strong reception prompted Polestar to look into putting the vehicle into low-volume production to compete with the Porsche Panamera, and a surprising amount of the concept is being retained.

The R&D team in Coventry, U.K., made up of hardcore sports car engineers from Lotus, McLaren and Aston Martin, was tasked with making the Precept a reality. Unlike the Polestars before it, the Polestar 5 does not use a platform from either Volvo or Geely Holdings (its other parent). Instead, the PS5 becomes the first vehicle to come off a new, dedicated Polestar platform. It uses a bonded aluminum spaceframe, and the P10 motor developed in-house to generate more than 600 horsepower (and work with a front motor for total output of 872 hp). While the platform and chassis are unique, the Polestar shares its 800-volt electrical system with bi-directional charging with the Polestar 3.