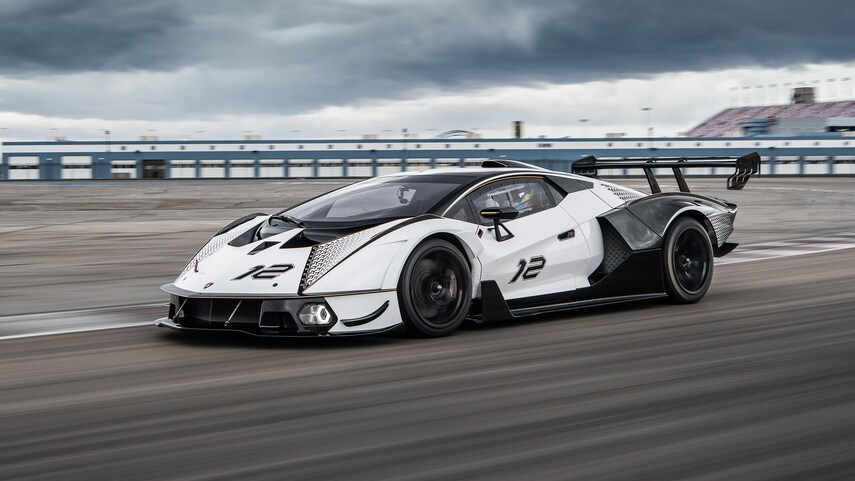 Modern-day Lamborghini has a habit of milking the underpinnings of its series-production cars for all they’re worth in the shape of rebodied and somewhat mechanically upgraded (to varying degrees) ultra-limited editions. If you’re unfamiliar, see examples named Reventón, Centenario, and Veneno, for starters, and the most recently controversial and maligned Countach LPI 8004. So it’s not terribly difficult to sometimes take a cynic’s view that says the company relishes finding relatively easy ways to convince its richest clients to tap further into their hedge funds or throwaway crypto profits rather than developing truly new machines—you know, the type of series-production cars we might decades from now remember just as vividly as we do the revolutionary ones Lamborghini earned its reputation on in the first place. So we were thrilled to discover after a recent drive of the Lamborghini Essenza SCV12 that this offering occupies a different strand on the company’s genetic spider graph.

The Lamborghini Essenza SCV12 is indeed another limited toy for car-crazy moguls, and it carried a starting price of 2.2 million euros. “Carried,” because Lamborghini already sold all 40 of them. For the record, U.S. buyers paid whatever the dollar-to-euro exchange rate was on the day of their transaction; at this moment, the price would be nearly $2.5 million if you could still get one from the factory.