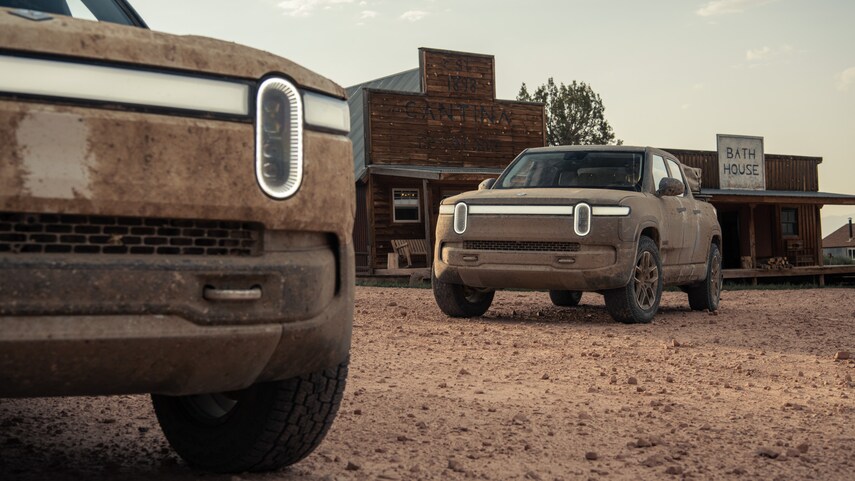 We recently joined the team from MotorTrend on an exclusive trans-continental journey across America in two 2022 Rivian R1T battery electric vehicles (BEV). This five-leg, 43-day trip started in Nags Head, North Carolina, and covered 7,686 mostly off-road miles along the Trans-America Trail, ending up on the beach in Port Orford, Oregon.

Because the trip would be traversing the Rocky Mountains and Colorado’s legendary San Juans, Four Wheeler was invited to take part on the most technical part of the journey, including Black Bear Pass, to pilot the Rivians along the most demanding part of the trip. Over our weeklong stint in the driver’s seat of a pre-production RT1 loaded to its over four-ton GVWR with people and gear (outfitted with a rack, Rivian rooftop tent, and a fridge, along with an extra spare, and in the case of one of our two trucks, Rivian’s Camp Kitchen), we traveled a total of 1,502 miles from Bartlesville, Oklahoma, to La Sal, Utah, traversing the Continental Divide.

The route was laid out by Rivian’s team to ensure charging stations would be accessible during our adventure. Rivian also installed charging stations in the gaps, leaving them behind so that there would be ample chargers in the wake of this trip, allowing anyone to replicate our adventure in their EV, if so desired. MotorTrend has a great story on the complete trip here. Or you can read specifically about this leg here.

The 2022 Rivian R1T is an electric truck that starts at $67,500 and comes well equipped, including a 317-mile-rated 133-kWh battery pack. Configuring a fully loaded truck (sans accessories, such as the Gear Shuttle or Camp Kitchen) with the optional 400-mile-range battery pack and all of the off-road goodies, gets you to about $90,000.