Skip to content
Hey Europe, Our 2023 Honda HR-V Looks Better Than Yours 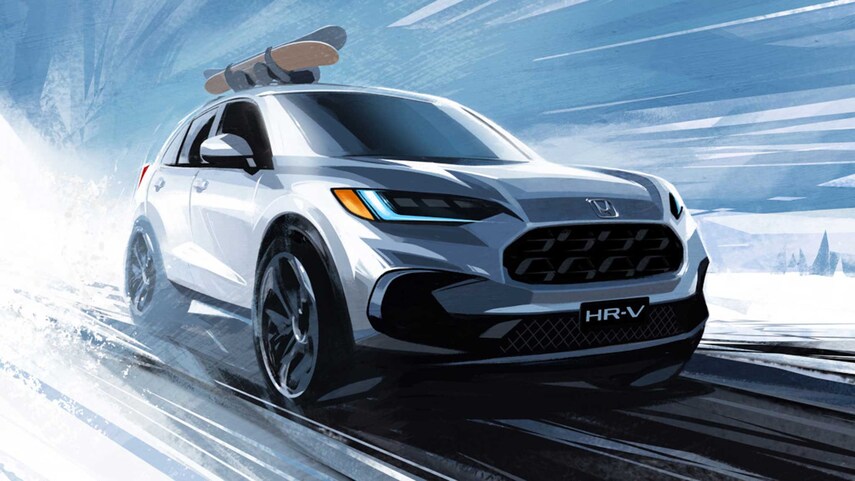 Hey Europe, Our 2023 Honda HR-V Looks Better Than Yours

We got all excited when Honda introduced the new Euro-market HR-V (known in some parts of the world as the Vezel), but Honda was quick to tell us to calm the hell down—this wasn’t the subcompact HR-V we were looking for. The U.S., Honda told us, would be getting a new HR-V all its own. Not to cast aspersions on our friends at Honda, but any time an automaker tells us something like this—any of them, not just Honda—we have to wonder if we aren’t just being put off.

Today, Honda released sketches of the North American-market 2023 HR-V (actually, they look like paintings, which is rather cool). And no, we weren’t being put off—this definitely is a different vehicle. Look at the back doors, and what do you see? Door handles on the body. The new Euro-HR-V/Vezel has its rear door handles concealed in the door pillar, just like the current (and soon-to-be-outgoing) HR-V.

From what the paint-sketches show, North America won the HR-V lottery, because if the real thing looks similar, it’s going to be a much cuter critter than the HR-V going to Europe. We like the big blacked-out grille—it’s rather Kia-esque, from the days when ex-Audi designer Peter Schreyer was trying to make all of his Kias look like Audis. It’s certainly a better look than the chromed confusion of the bigger CR-V. (Honda has a new CR-V coming for 2023, and we hope it looks this good.) Speaking of Audis (which we were, weren’t we?), the new HR-V’s bulbous back end bears quite a resemblance to that of the Audi Q3. We’re hoping the swank exterior style is an indicator of what we’ll see inside. We rather like the HR-V, and we’ve always thought a more upscale version would do well with buyers.