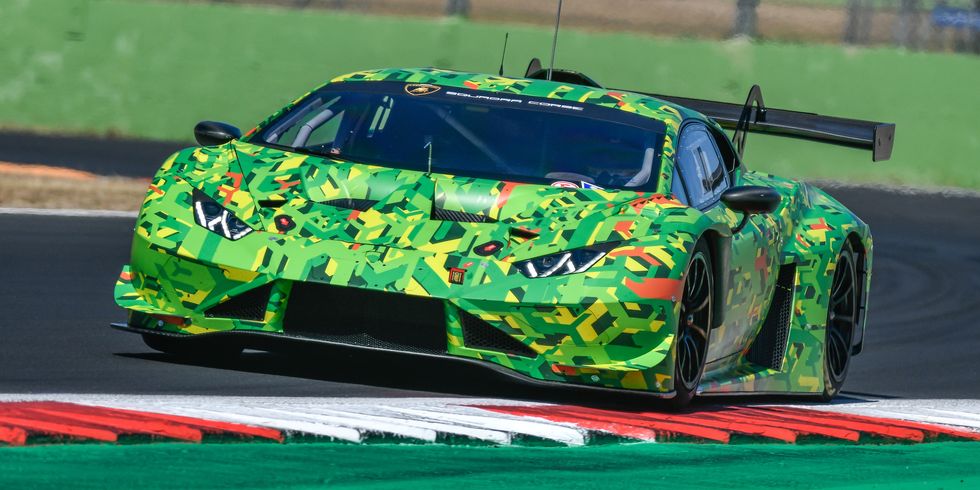 The Huracán has been racing for over seven years now, its GT3 debut happening all the way back in January 2015. Lamborghini isn’t showing any signs of slowing down development of the highly popular V-10-powered race car, however, as it’s just released first images of the 2023 Huracán GT3, set to be revealed later this year.

While a full list of specs has yet to be released, it’s clear the 2023 Huracán GT3 has been given a swath of updates to keep it competitive with the newest generation of GT3-level racers. There’s a new fascia up front meant to optimize airflow and maximize downforce, and a redesigned roof scoop for the airbox that Lamborghini says was inspired by the road-going Huracán STO.