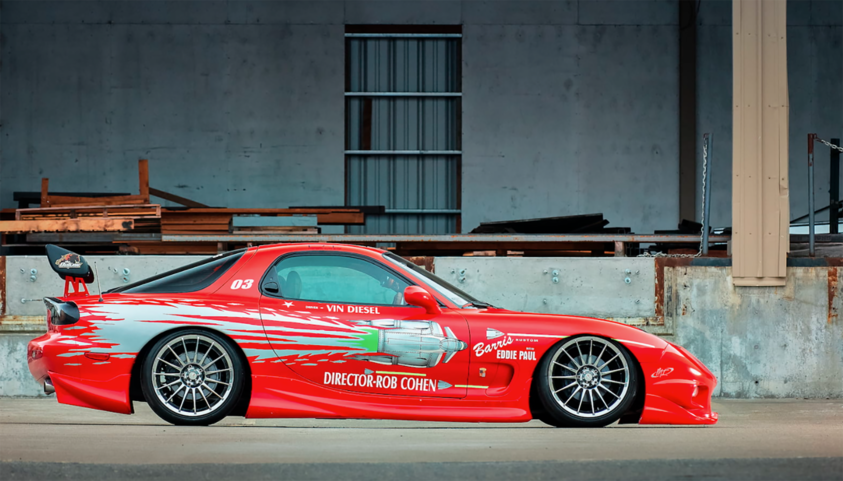 Early next month, Mecum Auto Auctions is giving you the chance to own a piece of blockbuster movie history: this 1995 Mazda RX-7 from the Fast and Furious, further modified by George Barris for his All Star Car Collection.

If you’re not familiar, Barris is well known for building some of the most iconic movie cars in cinematic history, most notably, the original Batmobile for the Batman television series. His collection of vehicles, both authentic movie builds and recreations, spans decades and moves across multiple genres, and that includes the Fast and Furious franchise.

Long before all the characters became highly trained martial artists and high-level weapons specialists with CIA-level intelligence, and well before juiced-up bald guys participated in drawn-out fight scenes (when not redirecting missiles with their bare hands, mind you) filled the screen, the original movie was about street racing—mostly. As such, the Barris Kustom RX-7 description reads as, “This red RX-7 is a typical tuner import-styled street racer which generated a huge popularity craze among Southern California’s youth-oriented competitive racing individuals and groups/clubs.” Yikes.