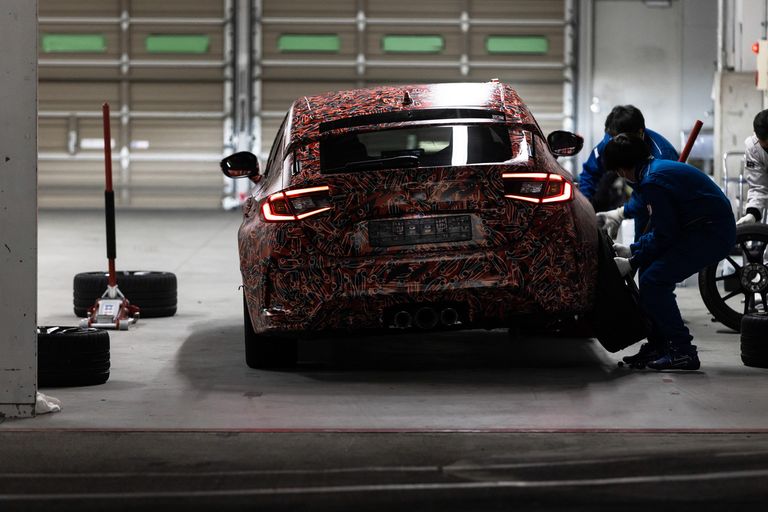 Here’s Another Look At the Next Honda Civic Type R

Back in October, Honda shared a camouflaged first look at the next generation of Civic Type R set to be revealed next year. Today, the company shared a few more photos of the same prototype testing at Suzuka as part of the development process.

Just as in October, the prototype photos show a more aggressive take on the current Civic that doubles down on flared fenders, a widened stance, and sizable aerodynamic features. In the back, the car once again boasts the triple exhausts and massive rear wing that have become staples of the Type R line. The wing is now much more conservative than the blocky piece on the last-generation car, with a traditional mount rather than integrated endplates making it a far less dominant design feature.

A previous announcement indicated that the new Civic Type R, like the new Civic Si, will be manual-only. The last car produced an impressive 306 hp, enough to set a since-eclipsed Nürburgring record for FWD cars back in 2017. A Renault Mégane R.S. Trophy-R beat that car’s time by a few seconds two years later, so the new Civic will need to make up around four seconds on its predecessor to retake the FWD production record.