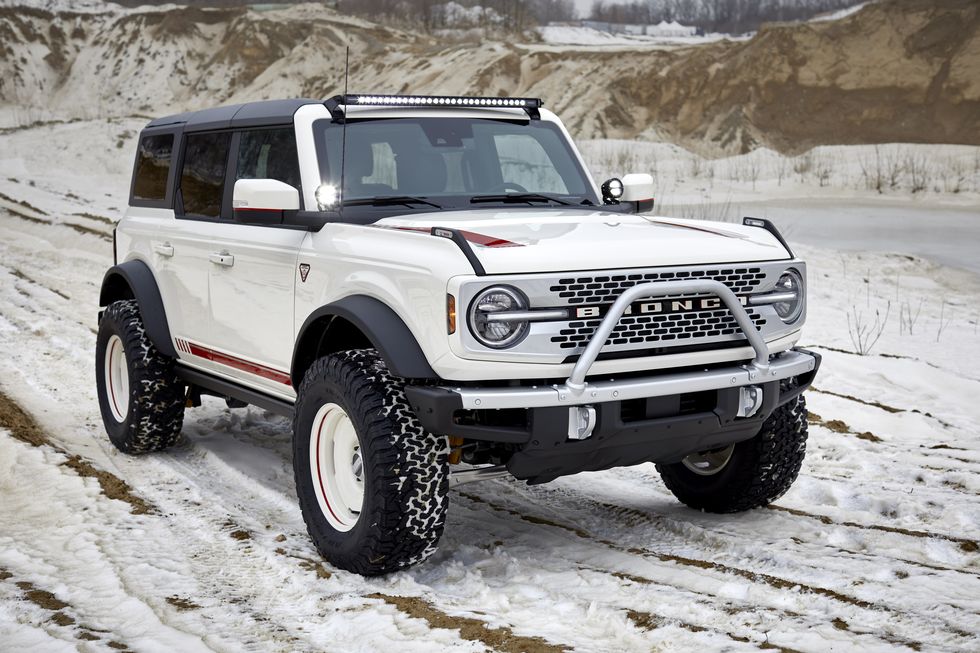 After selling the first production 2022 Bronco at a Barrett-Jackson auction last year, Ford is once again bringing one to the auction house this week. This example, however, is a four-door with a theme. This one is a customized four-door Bronco First Edition, set to be auctioned to support Detroit’s Pope Francis Center. To follow the theme, the Bronco is pope-themed.

Ford is calling the Bronco the Pope Francis Center First Edition, but it is actually a tribute to a past pope. The truck is themed after another custom Bronco designed by Ford, that time used to transport Pope John Paul II on a tour of the U.S. in October of 1979. As glass-enclosed Popemobiles as we know them were not designed until a later attempt on John Paul II’s life, this proto-Popemobile was simply a Bronco with a specially-designed bed for easy papal access.

For the full story, check out this article from Road & Track.
Link To Article
PrevPrevious
NextNext