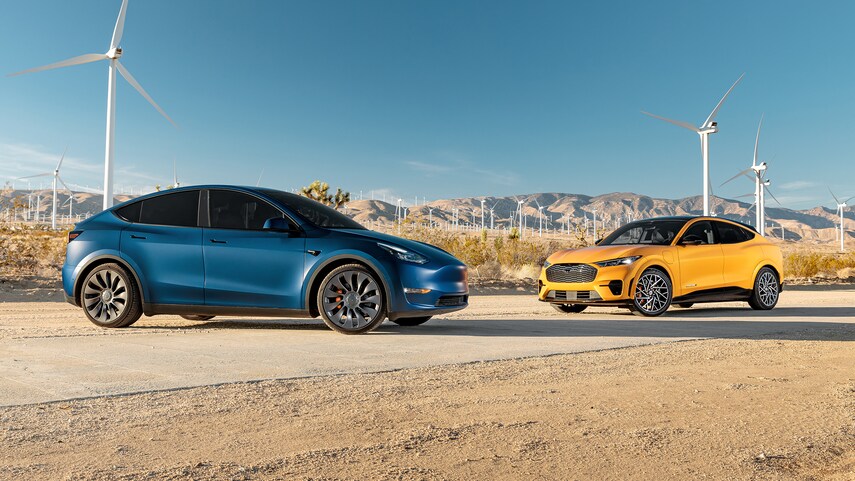 Ford revealed the Mustang Mach-E in both form and, most important, name on a chilly California evening at an event held at the Hawthorne Municipal Airport in November 2019. The announcement was met, as one might expect, with mixed reaction. How could the Mustang—a gasoline-fired, V-8-packin’, two-door pony car icon—suddenly be a four-door electric crossover SUV? Not only was that happening, but it would, Ford said, target Tesla’s Model Y, which was designed literally next door.

Although details were scarce at the time, Ford promised the Mach-E lineup would include a performance-oriented GT model to take the fight to the Model Y Performance. Which leads us directly to now and the execution of MotorTrend‘s first-ever comparison test of performance-oriented electric SUVs.

Earlier this year we paired the Tesla Model Y against the Ford Mustang Mach-E, evaluating their driving characteristics, interior space, technology, charging times, infrastructure, and more. The Model Y took home the gold, but we acknowledged the Mach-E has much to recommend it. For this performance-oriented showdown, we focused on the same items but paid additional attention to the vehicles’ handling and how fun to drive they are. As performance SUVs, the Model Y and Mach-E were built to deliver thrills and to be more emphatic and enthusiastic behind the wheel.