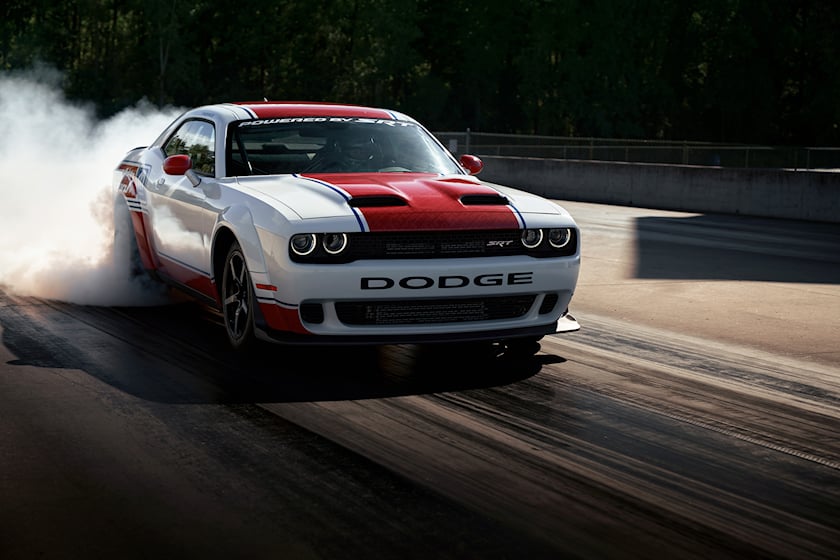 As the world marches on towards electrification, various brands have had to reevaluate their future product plans, including Dodge. But as a highly unconventional company, Dodge knows that it has the love of the American people for its brutish muscle cars and the ridiculous noises they make, so the company has been doing everything it can to make the most of the remaining time we have with overpowered engines. The automaker recently unveiled its new catalog of performance parts, and in November last year, revealed its plans for the ‘Never Lift’ campaign. That campaign must now be embarked upon, and Dodge has revealed just how that will occur.

Last week, Dodge revealed the sixth “garage door” of its Never Lift campaign when it announced that it would team up with Tony Stewart Racing (TSR) and act as primary sponsor for Top Fuel driver Leah Pruett. Dodge is also throwing its weight behind three-time Funny Car champ Matt Hagan in TSR’s inaugural NHRA Camping World Drag Racing Series campaign. That’s all good and well, but what about the average American? Well, the abovementioned catalog of Direct Connection performance upgrades will be available soon, as the Dodge Power Brokers dealer network will officially open on March . Dealer training is currently underway and a full list of dealers will be announced when the program opens.

For the full story, check out this article from Car Buzz.
Link To Article
PrevPrevious
NextNext