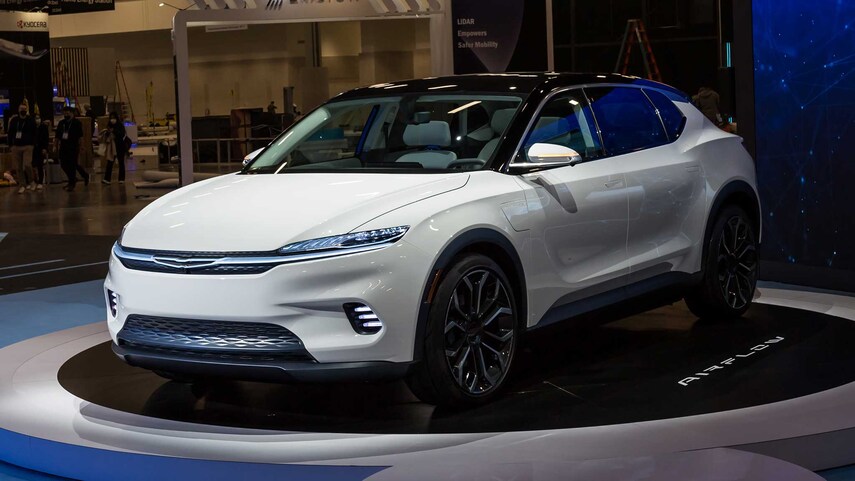 It appears Chrysler has a shiny new future. Analysts and car buyers, if they’ve been thinking of Chrysler at all, have been wondering what the future would hold for the brand in the post-merger universe (in which the PSA Group and Fiat Chrysler Automobiles formed Stellantis). Its reduced lineup, like that of sister brand Dodge, led some to imagine vultures circling overhead, despite some assurances from execs that the brand would “rebound” in the future. But the Chrysler Airflow concept shows there’s some life in the heritage brand yet.

Unveiled at the 2022 CES event, the Chrysler Airflow Concept appears near-production ready, with a feasible crossover SUV shape and fully electric powertrain. However, while Chrysler is using this opportunity to hawk connected features (like OTA updates) and high technology, and the underlying hardware appears likely to hit the road … it won’t be for a little while. In the same announcement, Stellantis says its first Chrysler EV won’t hit the road until 2025. That vehicle will almost certainly be a production version of this Chrysler Airflow, given its state of development, meaning anyone excited by its appearance will have to wait several years for the opportunity to buy one—while electric crossover rivals like the Nissan Ariya, Hyundai Ioniq 5, Ford Mustang Mach-E, and Toyota bZ4X will have a significant head start.

A little late to the party, the Airflow should have the firepower to compete. The concept (and almost certainly the production version) features two 150-kW electric motors, one at each axle. With EVs, 1+1 does not always equal 2 when it comes to total system output, so don’t expect a full 400 horsepower from the dual motor setup. But 375? Sure, that seems reasonable, and puts it right between a regular dual-motor Mach-E and its GT performance version.