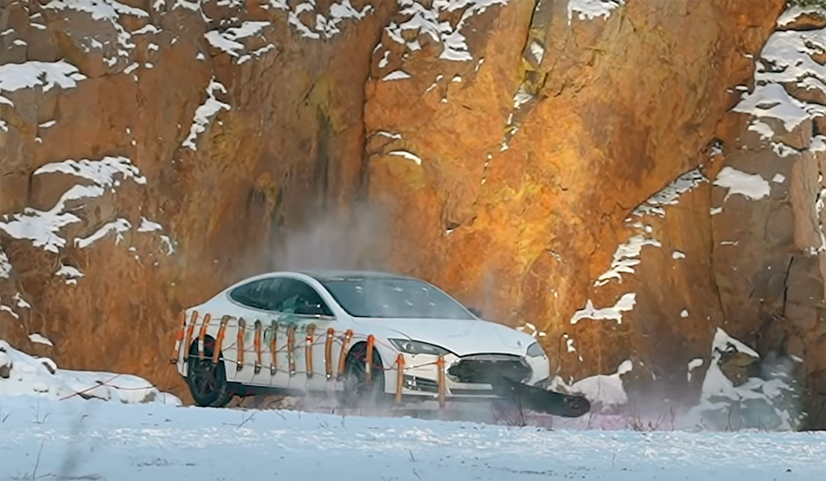 The tale of the car owner going to battle with their local dealership over everything from labor pricing to service, and even subpar coffee in the waiting room is really nothing new. This little nugget out of Finland however, takes things up a few notches with an owner choosing to protest Tesla’s suggested repair in pyrotechnic fashion—and blowing up Elon Musk in effigy, to boot.

This all started with a familiar story as (former) Tesla owner Tuomas Katainen was greeted with an error code on his 2012 Model S that prompted him to tow the car to a Tesla dealer to find a solution. After almost a month in the shop, he got a call with the dreaded news that there was nothing they could do. Well, nothing except for replacing the entire battery pack which, as you might imagine, isn’t cheap.

In this case, his Tesla’s battery failure occurred outside of the vehicle warranty and the repair cost was north of $20,000. Understandably upset, rather than dishing out that sort of scratch, he contacted the “bomb dudes,” or Finnish YouTubers Pommijätkät. The group periodically creates content based around blowing stuff up, and they didn’t take any shortcuts with this Tesla video. Not your usual iPhone on a stick production, this group used multiple high-quality cameras, different angles, and a helicopter, while a small group huddled in a makeshift wooden bunker at a safe distance from the target.