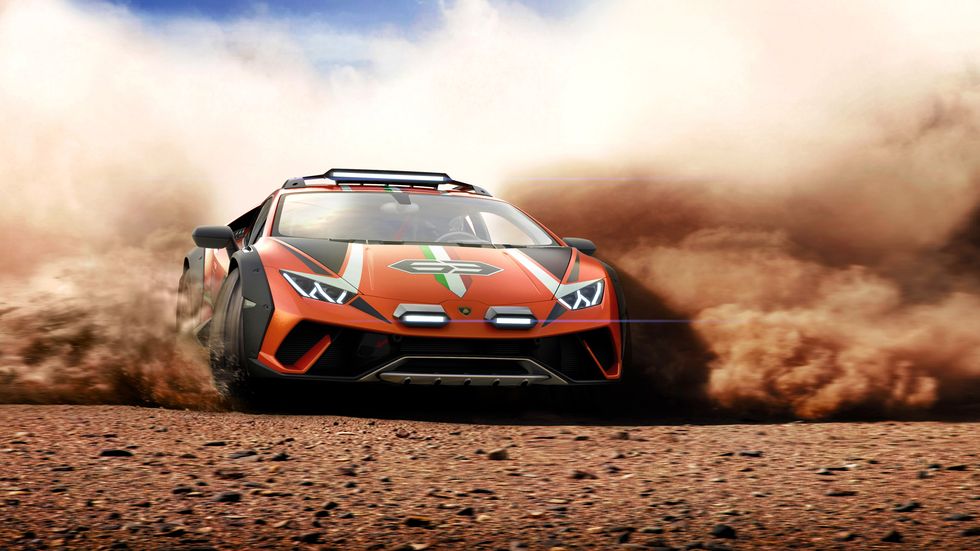 While Ferrari is already building two series production hybrid supercars—the plug-in SF90 Stradale and its baby brother, the 296GTB—Lamborghini has made just one electrified model, the limited-production Sián. But that is soon to change, with Lamborghini boss Stephan Winkelmann revealing the Italian supercar maker’s path toward an electric future in a recent interview with CAR magazine.

Before Lamborghini’s electrified onslaught begins, however, the last Lamborghinis with a gas-only powertrain will arrive this year. Winkelmann confirmed two new variants of the Huracán and two versions of the Urus SUV as part of a mid-cycle facelift. The first new Huracán model is expected to be the Sterrato, a rally-style off-road supercar first shown as a concept back in 2019. Car claims that the second Huracán derivative will be a subtler take on the garish high-performance STO (think Porsche 911 GT3 Touring), possibly called JV Stradale. The updated Urus has already been spotted testing and is likely to add a high-performance model.