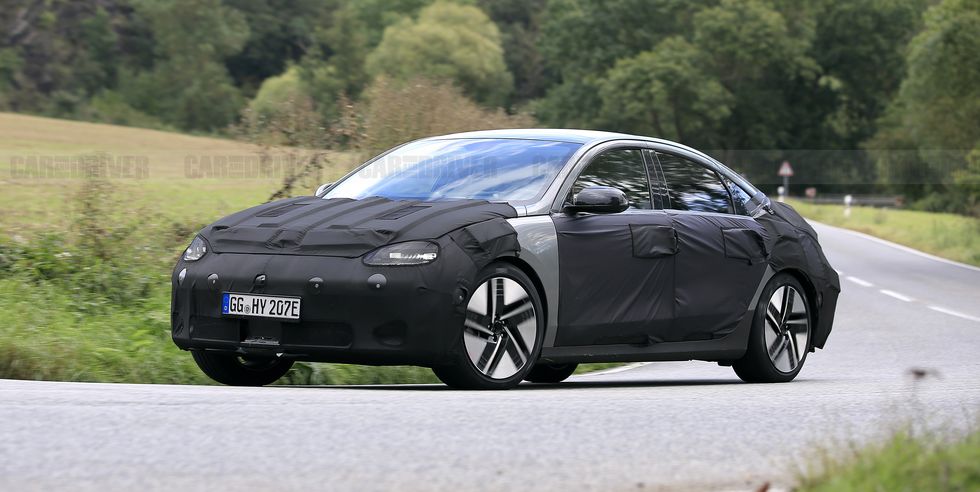 2023 Hyundai Ioniq 6 Will Be a Slick-Looking EV Sedan

Hyundai is continuing to grow its Ioniq EV lineup and we’ve now spotted a prototype of the upcoming Ioniq 6 sedan testing ahead of its debut planned for later this year. The Ioniq 6 features a low-slung, sleek look compared with the boxy Ioniq 5 and the upcoming Ioniq 7 three-row SUV and will likely aim to compete with the Tesla Model 3 when it goes on sale in the U.S. within the next year or so.

Though the Ioniq 6’s design is inspired by the Prophecy concept Hyundai showed in 2020, the production version has more upright proportions than that dramatically shaped model. Still, we can see through the camouflage that the headlights and taillights appear to be similarly futuristic. The rounded greenhouse and smooth bodysides make for a significantly less angular and chiseled appearance than the 80s-esque Ioniq 5, while the short front overhang and interesting wheel design create an athletic stance.