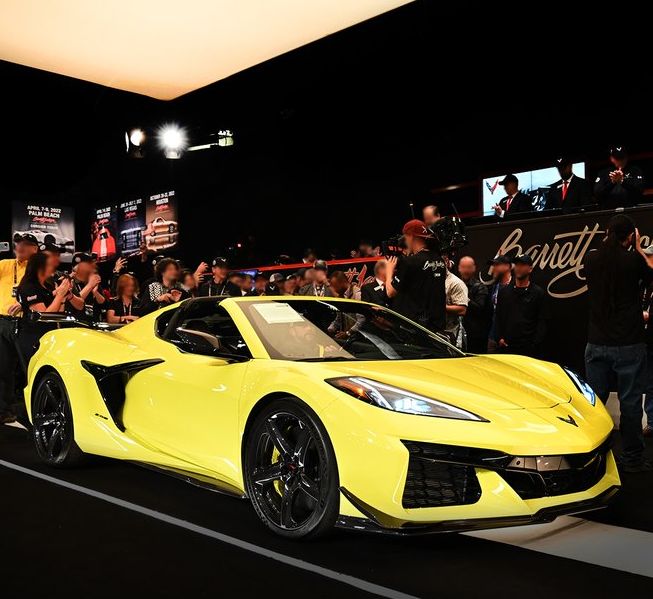 It was expected to sell for over a million dollars, but the first retail production 2023 Chevrolet Corvette Z06 70th Anniversary Edition ended up going for $3.6 million at the Barrett-Jackson auction in Scottsdale, Arizona, this weekend. That’s the auction company’s record for a car auctioned for charity, beating the first mid-engine Chevrolet Corvette Stingray, which sold for $3 million in 2020 to benefit the Detroit Children’s Fund. Interestingly, the winning bidder was the same person for both Vettes: NASCAR team owner Rick Hendrick.

Cars like attract their fair share of attention, but there was another reason VIN #1 off the production line sold for over three times its expected value, and that’s because 100 percent of the proceeds from the sale will go to Operation Homefront, a national nonprofit organization that works “to build strong, stable, secure military families so they can thrive in the communities they have worked hard to protect.”