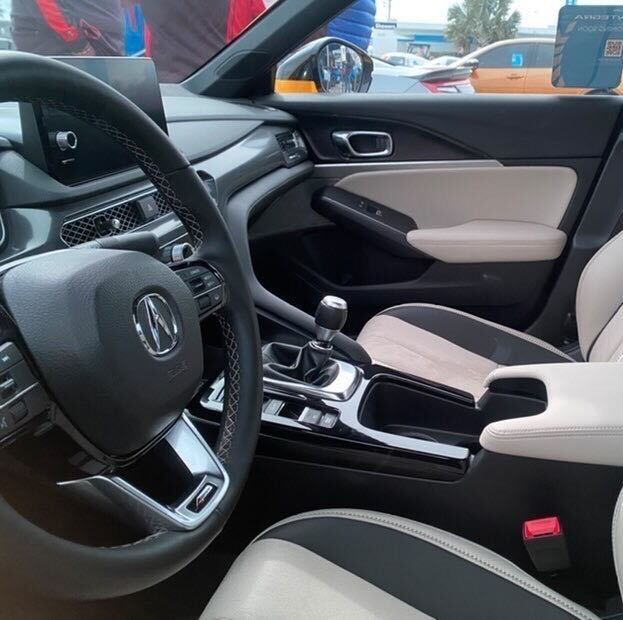 Whether it was intentional or not, Acura quietly revealed the interior of the 2023 Integra at the 24 Hours of Daytona race in Florida this weekend. While the Integra prototype reveal late last year didn’t include any photos or information about the new hatchback’s cabin, this car on display at the race appeared to have a production-ready cabin. User @Derphound01 sent these images to C/D via social media, and we can see that the Integra’s dashboard shares much with the Honda Civic’s.

Though there are some differences in materials and design, the honeycomb texture of the air vents and the three knobs for the climate control appear similar between the two cars. So does the tablet-style touchscreen infotainment system sticking out of the dash. The shift knob for the six-speed manual has the same metal finish as the Civic Si’s but is shaped differently.

The Integra also appears to have different seats than the Civic; in this example, the interior features a beige and black color scheme with leather upholstery. The steering wheel looks to have an “A-Spec” badge on the lower part of the rim, suggesting that the prototype shows the standard version of the Integra rather than the eventual Type S performance model.