Skip to content
2022 Porsche Macan Does More with Less 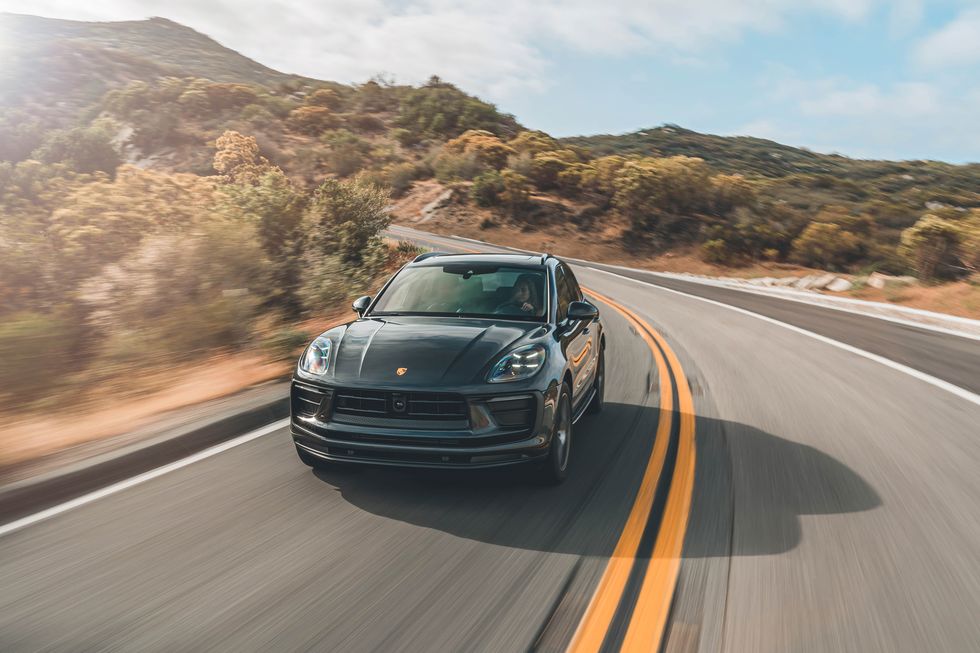 2022 Porsche Macan Does More with Less

“Oh, that’s the Macan,” the woman said. “I like those.” Just as we were feeling smug about our ride, it became obvious she was talking about another Macan, parked a few spots over. Ah, well, it is the bestselling Porsche after all, and one can’t be too annoyed to see someone else in the same dress at a party. Besides, it’s a good dress, both fashionable and practical, as a sporty SUV should be. And the one she was admiring? So last season. The trend for the 2022 Porsche Macan involves new details in and out, and more power under the hood.

Porsche has tidied the Macan’s exterior with perked-up front and rear fascias, new mirrors, bright new color options, and a seemingly endless selection of wheels, with the standard for the base model now a 19-inch split-five-spoke design. Our test car wore 20-inch Macan S rollers with a dark finish, a $2320 option. That’s going to happen a lot in the coming paragraphs, as the base Macan that we drove was optioned so enthusiastically as to top out at $85,340, almost $30K over its reasonable starting price of $56,250. That’s enough to leapfrog the middle S trim, secure a top 434-hp GTS model, and have enough left over to spring for new-for-2022 $700 Papaya Metallic paint. But hey, love the one you’re with, right?

There is plenty to love about the starter Macan, and we’re not alone in thinking so. Most Macans you’ll see on the road will be this four-cylinder model. Porsche says the proportion of customers choosing the base model over the more powerful S and GTS (and previous Turbo) has been about 60 percent, and the automaker expects that trend to continue. While the performance models offer more power, plus a few cosmetic changes not available on the base version, you’ll get the same wide-hipped, athletic stance no matter which Macan you pick—and if our parking-lot admirer was any indication, all of them are head turners. For the full story, check out this article from Car And Driver.