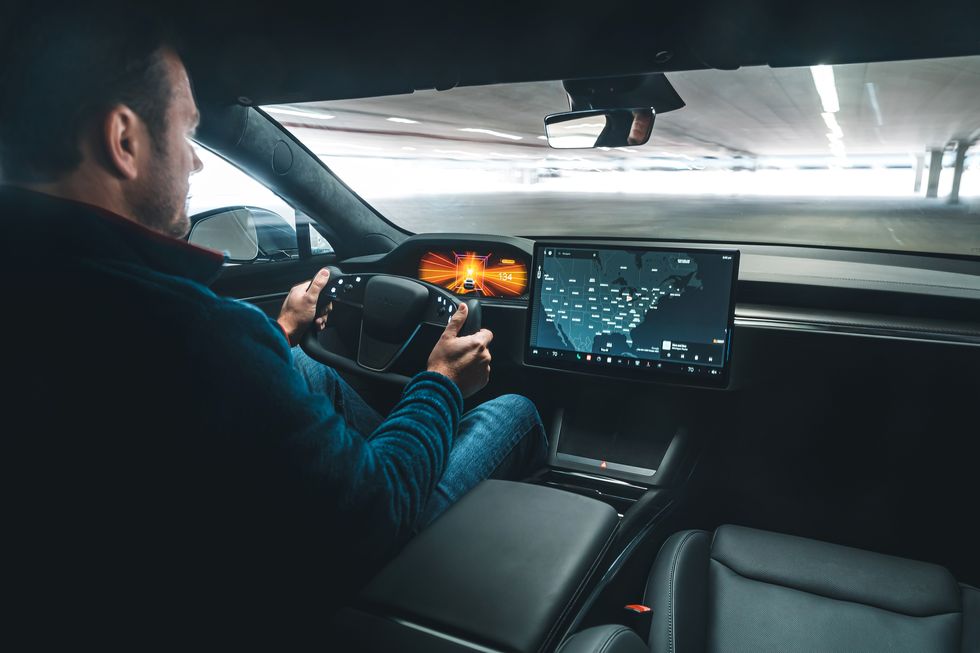 Before you roast us in the comments, let us first inform you that Tesla’s 1.99-second zero-to-60-mph claim for the Model S Plaid involves launching on a super-sticky drag-strip surface. Also, that 1.99 rounds to 2.0 when you report results to the tenth. We instead test every car on a non-prepped surface that mimics the pavement on regular roads.

In our testing, we reached 60 mph in 2.1 seconds, which is 0.1 second behind the quickest car we’ve ever tested, the Ferrari SF90 Stradale, and tied with the Porsche 918 Spyder and 911 Turbo S. It also ties the Bugatti Chiron for the quickest car we’ve ever recorded in the quarter-mile, blasting through in 9.4 seconds at 151 mph (7 mph slower than the Bug), and it’s more than $3 million cheaper.

To achieve those numbers, select Drag Strip mode in the car’s 17.0-inch touchscreen. That mode warms the battery to the ideal temperatures and, when the brake and accelerator pedals are pressed simultaneously, lowers the front air springs into what Tesla calls Cheetah Stance. We found that the car’s acceleration was just 0.1 slower all the way through the quarter-mile without waiting the roughly 10 seconds for the car to squat. Also, the Plaid’s radiator is twice as large as before, which helped it run eight consecutive passes without the major performance degradation that we’ve seen in tests of previous Model Ss.