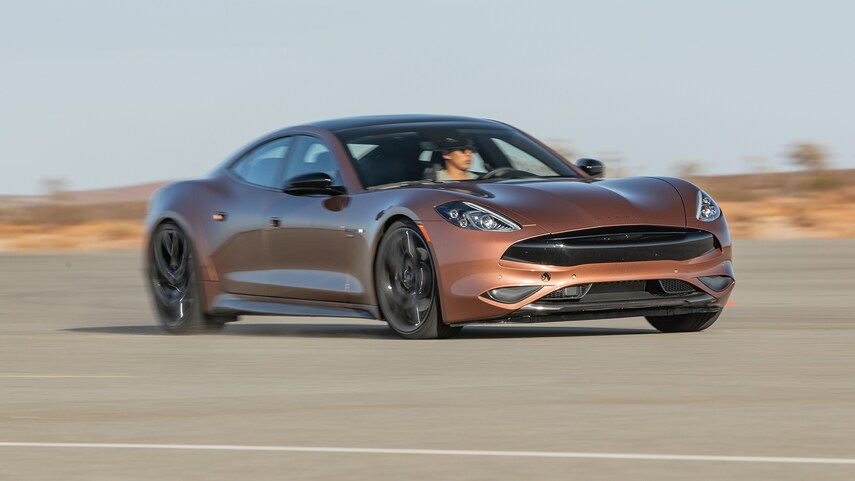 The Karma GS-6 is the 21st century’s Studebaker Avanti. A stunning design based on some familiar mechanicals, built by a company that failed just a year into production, only to be revived by monied folks who felt the design was so compelling it needed to live. Back in 1965 it was two South Bend, Indiana, Studebaker dealers who revived Raymond Loewy’s “Coke-bottle” coupe Avanti. These days it’s Chinese company Wanxiang who purchased the rights and tooling for Henrik Fisker’s “four-door Corvette,” which he originally produced as the Fisker Karma.

An original Avanti powered by a supercharged 289 V-8 clocked a 178-mph top speed at Bonneville to reign as the planet’s fastest production car for a hot minute, and yet Studebaker’s tailspin persisted, with the factory closing after only 4,643 Avantis were built. The fetching Karma earned no world records, but its 403-hp performance was earning decent reviews when battery supplier A123 went bankrupt, crippling Fisker Automotive after the company built just 2,450 Karmas.

Wanxiang has revamped the car’s mechanicals and interior fittings extensively in an effort to finish an engineering job that was incomplete when we first sampled a Fisker Karma in 2011. It eventually spawned convertible and four-door variants, and Karma Automotive plans to augment the familiar GS-6 plug-in hybrid and GSe-6 fully electric sedans (née Karma Revero, née Fisker Karma) with a GX-1 SUV as well as a Pininfarina-designed GT coupe, and maybe even production versions of the SC1 and SC2 concept cars shown at the 2019 Shanghai auto show. Production of the original Karma continued in fits and starts through March 2006, with about 3,000 cars built. Does this 2021 Karma GS-6 have what it takes to rival the Avanti’s second act?