Skip to content
2004 Porsche 911 GT2 Rewind Review: It Seemed Way Crazier Back in the Day 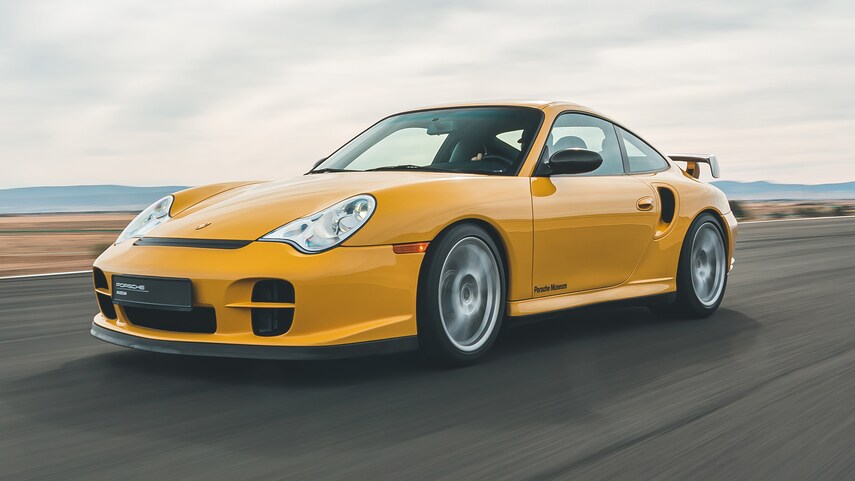 “You’ll wind up backward in a ditch!” I don’t particularly like A Christmas Story, but I’ve heard that line about older turbocharged 911s so many times now I can’t help but hear it in the movie narrator’s voice, the automotive equivalent of, “You’ll shoot your eye out.” Surely the final, most potent of Porsche’s pre-traction control, pre-stability control goosed-up 911s would be every bit the widow maker the original Turbo was, but no, the 2004 Porsche 911 GT2 is a delight.

Way back in the 1930s, someone said, “You’re putting the cart before the horse,” in the presence of Ferdinand Porsche. He replied with something to the effect of, “You know, that’s a good idea.” Porsche’s company then spent the next three or four decades asking itself how much more powerful the horse could be rather than asking if it was wise. Incidentally, at the same time Porsche finally got around to asking itself that, it also doubled down and gave the horse a turbocharger.

It was that early 911 Turbo which gave powerful Porsches, especially turbocharged ones, their reputation. Driving a 930-generation Turbo is hysterical, with body roll that would make a modern Buick blush and an ingrained desire to punish your understandable reaction to it with snap oversteer. The difference between maximum cornering speed and the engine attempting to pass the front tires is measured in fractions of a mile per hour, and by the time you realize it, it’s too late to do anything about the speed. Lift and, well, you’ll end up backward in a ditch. You work the steering wheel like an actor pretending to drive in front of a green screen and hope you keep it together until you can get the car straightened out, physically and metaphorically.